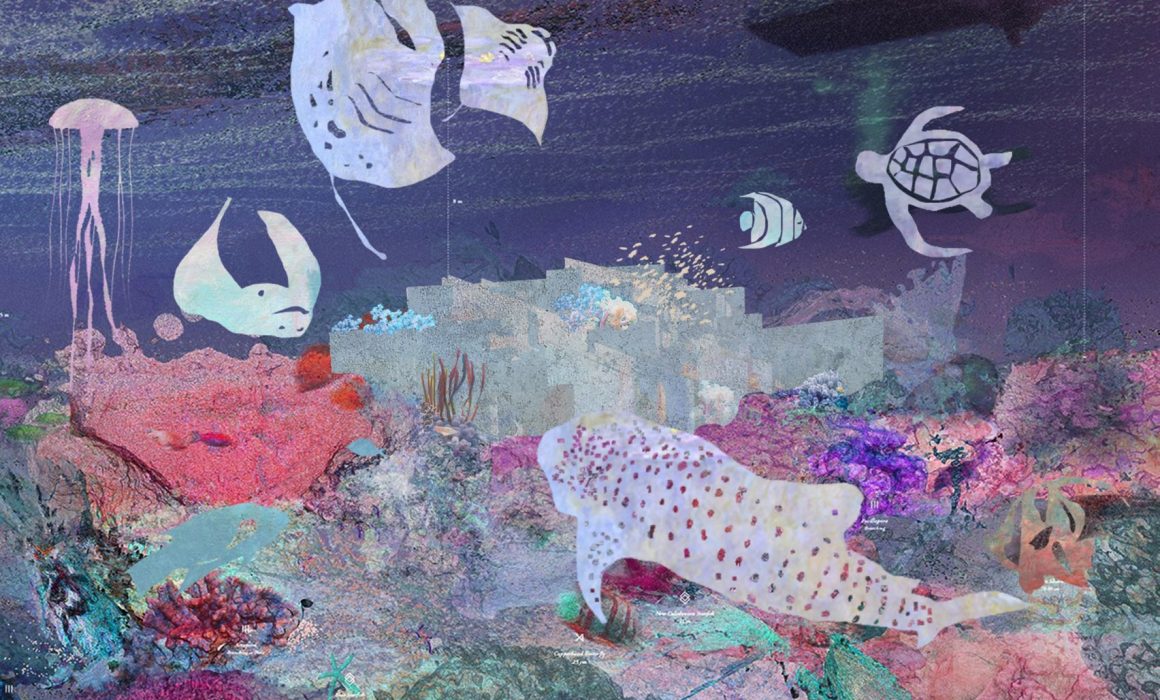 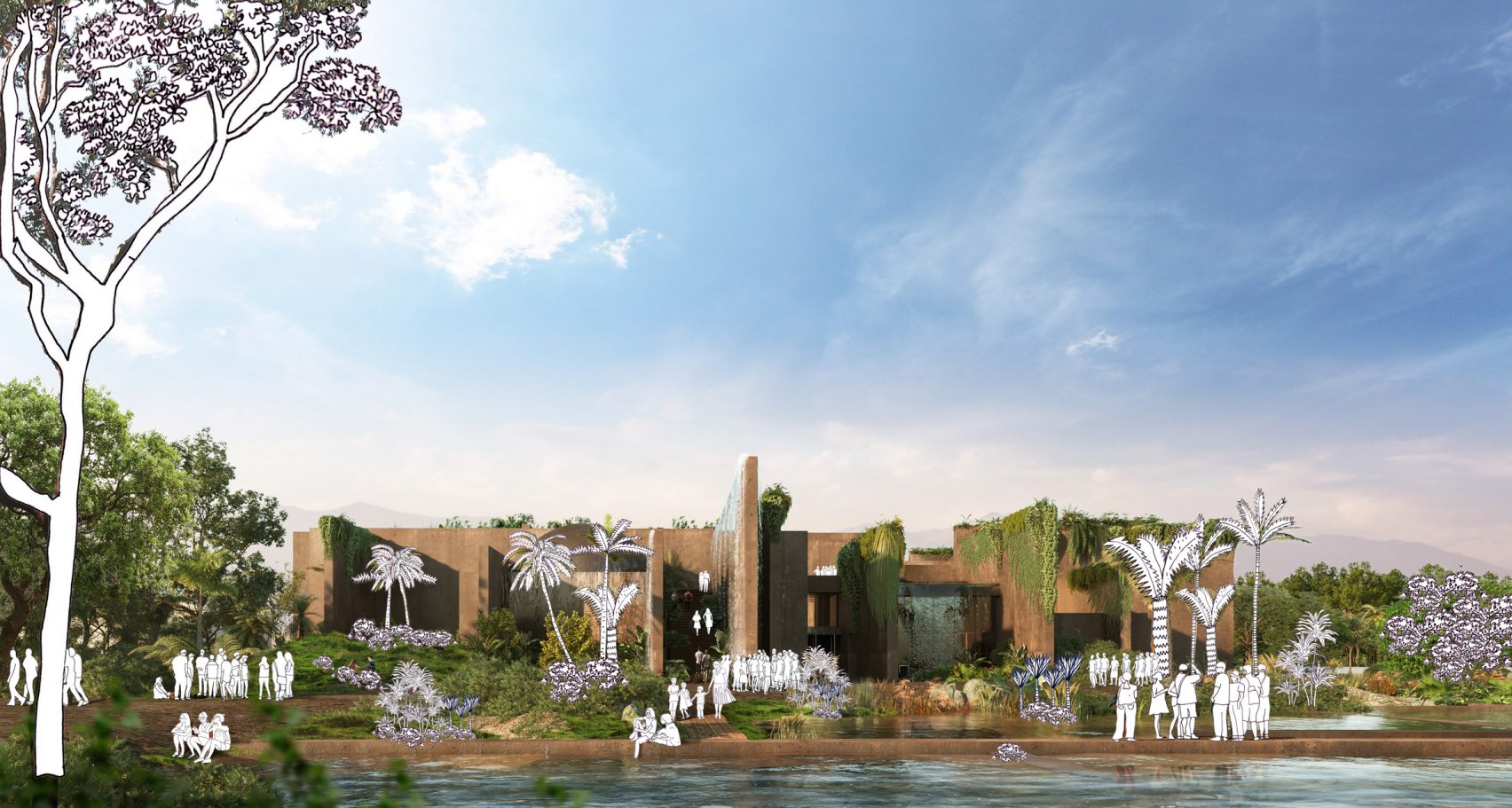 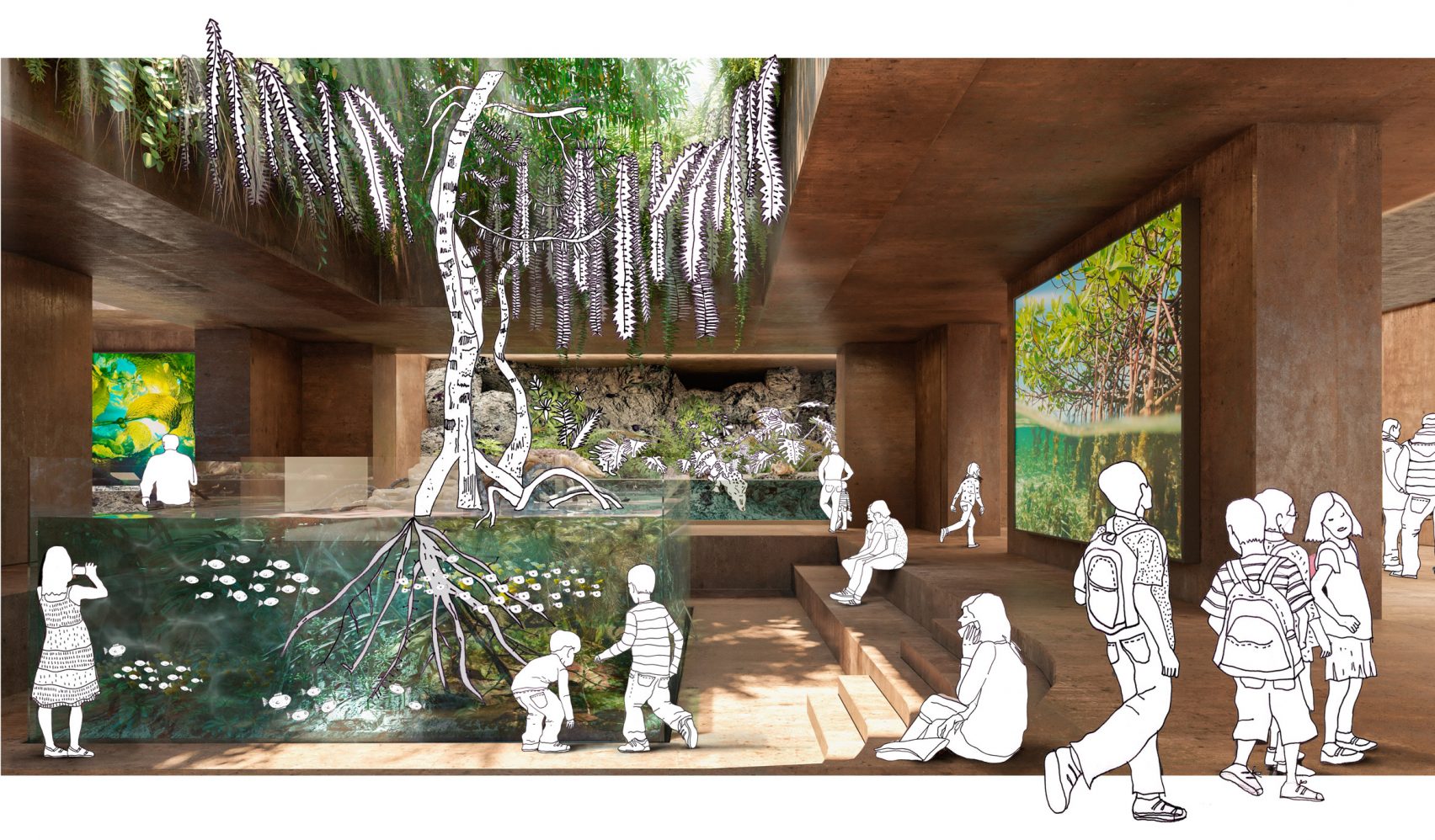 The work of Mexican architect Tatiana Bilbao is on show at the Louisiana Museum in Denmark, in an exhibition that includes an imaginary city, a cabinet of curiosities and four full-size architectural mockups. Bilbao operates with closeness and the personal encounter, an approach which can nevertheless end in a major project in a megapolis in Mexico. The exhibition takes place in Copenhagen, the city of Biarke Ingels, BIG, the famous archistar who uses renderings as a form of communication, while Bilbao prefers to use drawings and collages.

Tatiana Bilabao has revealed visuals of a major new aquarium she is building on the Mexican coastline, which is designed to look like a ruin or a shipwreck. The building is planned as an open grid, which will loosely divide the aquarium’s interior into different sections. Each area will be assigned to a different type of marine ecosystem: open sea, coast, land and forest.The building will have monumental concrete walls, draped with indigenous plants and vines. Some of these walls will extend beyond the building volume, which will reinforce the idea of the building as a ruin (in deezen).