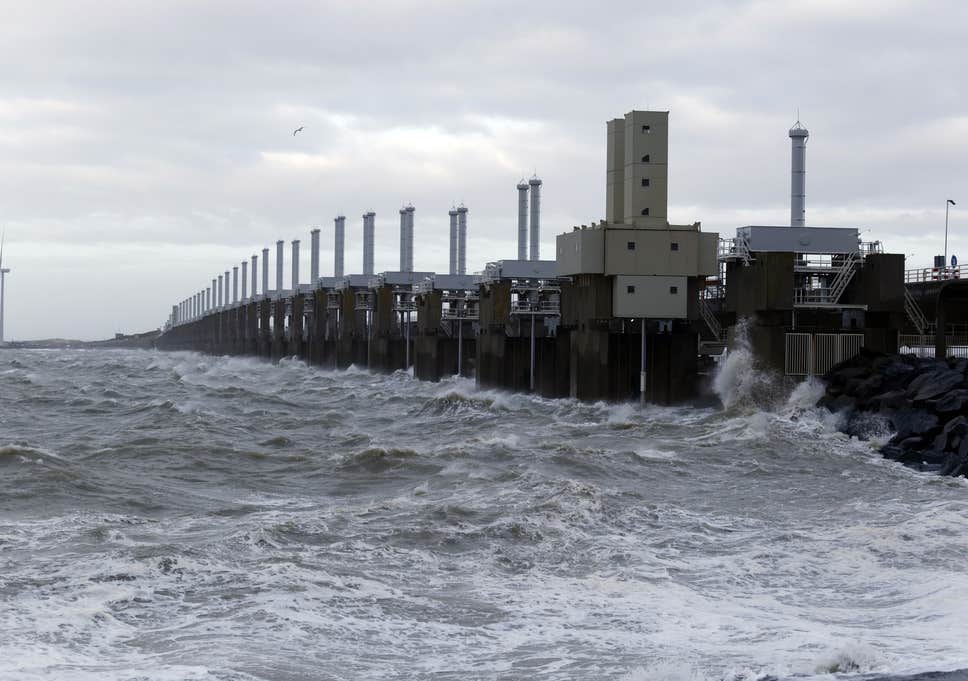 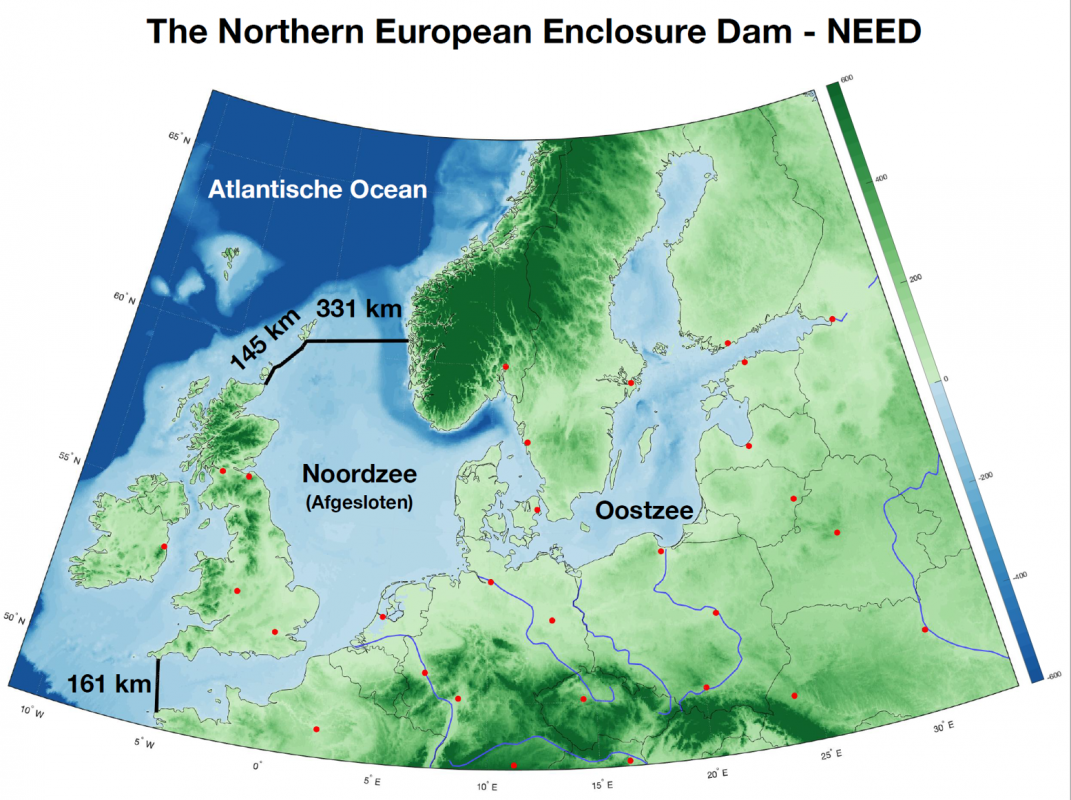 If climate change cannot be contained, action is taken locally. Sjoerd Groeskamp, ​​an oceanographer from the Royal Netherlands Institute for Sea Research, proposed building two dams to confine the North Sea and defend northern Europe from rising sea levels in the English Channel between France and England and between Scotland and Norway for a total of 637 kilometers. (see here and here)

The proposed NEED aims to construct two dams of a combined length of 637 km. The first between northern Scotland and western Norway (476 km) and the second between France and southwestern England (161 km). The project intends to separate the North and Baltic Seas from the Atlantic Ocean to protect Northern Europe against SLR. The project classifies the solutions to SLR into three categories namely, taking no action, protection, and managed retreat — and categorises NEED into the second category. NEED is expected to have the least direct impact on people’s daily lives and can be built at a reasonable cost. It can be implemented in other regions in the world including the Persian Gulf, the Mediterranean Sea, the Baltic Sea, the Irish Sea, and the Red Sea.